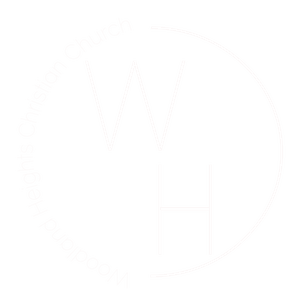 “And if Christ has not been raised, then our preaching is in vain and your faith is in vain.”

1The hand of the Lord was upon me, and He brought me out in the Spirit of the Lord and set me down in the middle of the valley; it was full of bones. 2And He led me around among them, and behold, there were very many on the surface of the valley, and behold, they were very dry. 3And He said to me, “Son of man, can these bones live?” And I answered, “O Lord God, you know.” 4Then He said to me, “Prophesy over these bones, and say to them, O dry bones, hear the word of the Lord. 5Thus says the Lord God to these bones: Behold, I will cause breath to enter you, and you shall live. 6And I will lay sinews upon you, and will cause flesh to come upon you, and cover you with skin, and put breath in you, and you shall live, and you shall know that I am the Lord.”

7So I prophesied as I was commanded. And as I prophesied, there was a sound, and behold, a rattling, and the bones came together, bone to its bone. 8And I looked, and behold, there were sinews on them, and flesh had come upon them, and skin had covered them. But there was no breath in them. 9Then He said to me, “Prophesy to the breath; prophesy, son of man, and say to the breath, Thus says the Lord God: Come from the four winds, O breath, and breathe on these slain, that they may live.” 10So I prophesied as He commanded me, and the breath came into them, and they lived and stood on their feet, an exceedingly great army.

Jesus said to her, “I am the resurrection and the life. Whoever believes in Me, though he die, yet shall he live,”

1Now on the first day of the week Mary Magdalene came to the tomb early, while it was still dark, and saw that the stone had been taken away from the tomb. 2So she ran and went to Simon Peter and the other disciple, the one whom Jesus loved, and said to them, “They have taken the Lord out of the tomb, and we do not know where they have laid Him.” 3So Peter went out with the other disciple, and they were going toward the tomb. 4Both of them were running together, but the other disciple outran Peter and reached the tomb first. 5And stooping to look in, he saw the linen cloths lying there, but he did not go in. 6Then Simon Peter came, following him, and went into the tomb. He saw the linen cloths lying there, 7and the face cloth, which had been on Jesus’ head, not lying with the linen cloths but folded up in a place by itself. 8Then the other disciple, who had reached the tomb first, also went in, and he saw and believed; 9for as yet they did not understand the Scripture, that He must rise from the dead. 10Then the disciples went back to their homes.

11But Mary stood weeping outside the tomb, and as she wept she stooped to look into the tomb. 12And she saw two angels in white, sitting where the body of Jesus had lain, one at the head and one at the feet. 13They said to her, “Woman, why are you weeping?” She said to them, “They have taken away my Lord, and I do not know where they have laid him.” 14Having said this, she turned around and saw Jesus standing, but she did not know that it was Jesus. 15Jesus said to her, “Woman, why are you weeping? Whom are you seeking?” Supposing Him to be the gardener, she said to Him, “Sir, if you have carried Him away, tell me where you have laid Him, and I will take Him away.” 16Jesus said to her, “Mary.” She turned and said to Him in Aramaic, “Rabboni!” (which means Teacher). 17Jesus said to her, “Do not cling to Me, for I have not yet ascended to the Father; but go to My brothers and say to them, ‘I am ascending to My Father and your Father, to My God and your God.’” 18Mary Magdalene went and announced to the disciples, “I have seen the Lord”—and that He had said these things to her.

Jesus Appears to the Disciples

19On the evening of that day, the first day of the week, the doors being locked where the disciples were for fear of the Jews, Jesus came and stood among them and said to them, “Peace be with you.” 20When He had said this, He showed them His hands and His side. Then the disciples were glad when they saw the Lord. 21Jesus said to them again, “Peace be with you. As the Father has sent me, even so I am sending you.” 22And when He had said this, He breathed on them and said to them, “Receive the Holy Spirit. 23If you forgive the sins of any, they are forgiven them; if you withhold forgiveness from any, it is withheld.”

26Eight days later, His disciples were inside again, and Thomas was with them. Although the doors were locked, Jesus came and stood among them and said, “Peace be with you.” 27Then He said to Thomas, “Put your finger here, and see My hands; and put out your hand, and place it in My side. Do not disbelieve, but believe.” 28Thomas answered him, “My Lord and my God!” 29Jesus said to him, “Have you believed because you have seen Me? Blessed are those who have not seen and yet have believed.”

The Purpose of This Book

30Now Jesus did many other signs in the presence of the disciples, which are not written in this book; 31but these are written so that you may believe that Jesus is the Christ, the Son of God, and that by believing you may have life in His name.

Identify one of the six points above that should have a bigger impact on your life.

How should this truth change your actions or thinking?

“Jesus said to her, ‘I am the resurrection and the life.

Whoever believes in Me, though he die, yet shall he live,'” 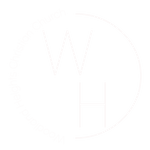 "Know Jesus and Make Him Known"